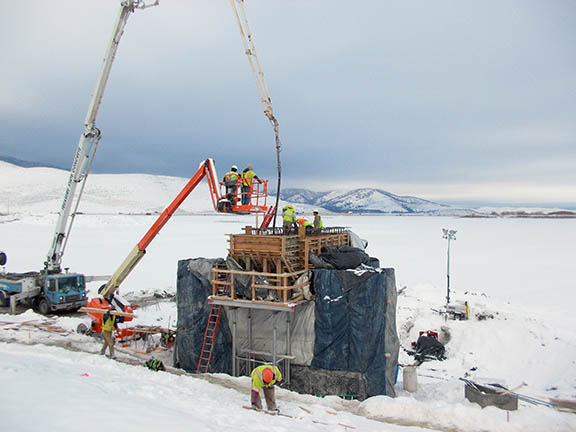 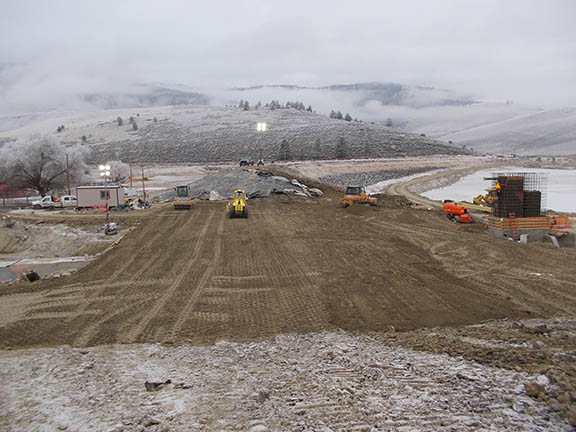 Embankment being filled in at the Lower Dry Fork Dam in January 2014.

S&K Environmental just completed eight months of work on an extremely technical and challenging project. The Lower Dry Fork Dam, located one mile west of Lonepine, Montana, was originally built in 1929 and has undergone numerous modifications and upgrades over the years. The entire intake structure, piping, and outlet structure needed to be reconstructed and updated. The federally funded project was awarded to S&K Environmental through an open bid process by the Confederated Salish and Kootenai Tribes through the office of Safety of Dams.

“This job posed many challenges including working through the winter and completing construction by the spring irrigation deadline,” said Brett Hanser, Sr. Project Manager. S&K Environmental mobilized to the site in early August 2013 and completed construction April 2014. During the project, S&K Environmental and project subcontractors employed more than twenty Tribal members in high paying, technical construction jobs that benefited the local economy as well as other locations and vendors within the reservation. The Bureau of Reclamation out of Denver provided the design and full time, on-site quality assurance.

The first phase of the project required dewatering the site, excavation of the Dam embankment, and demolition and removal of the intake structure and pipe. Once this preparation was completed, S&K Environmental reconstructed the outlet channel and structure and built a new intake structure and gates, welding, and concrete construction of the outlet pipe. S&K Environmental also built a new special embankment, a new electrical system, added riprap slope protection, and installed a new foot bridge connecting the dam with the intake tower. Completing the site, S&K Environmental performed gravel surfacing and final grading and added topsoil. 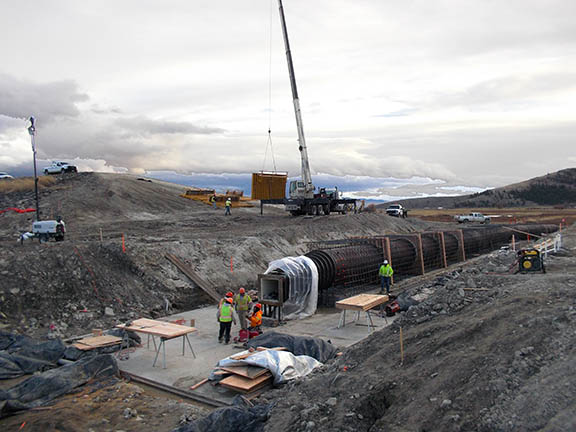 Beginning the concrete forms around the pipe section of the Lower Dry Fork Dam.

The embankment work required the excavation and hauling of over 12,000 cubic yards of material at a depth of over 36 feet in the center of the dam. To facilitate the construction below the lake level, a coffer dam was constructed on the upstream side of the intake structure and dewatering wells were drilled along the excavation. The dewatering and unwatering required 24 hour staffing to provide maintenance and service of the system so that the pumps were running at all times. The crews that worked the night shifts for the dewatering faced numerous challenges including below zero temperatures and knee deep mud.

After the excavation was completed, crews began placing and welding 205 feet of 6-foot diameter steel pipe that would eventually carry water from the intake tower to the outlet channel downstream. Once the steel pipe was welded it was encased in concrete and the new intake tower and outlet structure were constructed.

Facing some of the harshest winter conditions the valley has seen in the past 50 years, crews formed and placed over 700 cubic yards of concrete from late October through mid-January. Simultaneously with the concrete construction, S&K Environmental crews excavated, screened, and stockpiled 24,000 cubic yards of special embankment material to reconstruct the dam. Processing this large amount of material during wet freezing conditions posed its own unique problems, including the tarping of a six acre pile of material and maintaining the proper moisture throughout the freeze thaw cycles of winter.

Once the reconstruction of the dam embankment started, crews worked 24 hour shifts, 7 days a week, to ensure consistent compaction and to prevent any freezing of the embankment. When spring finally came, so did the mud, and with it the unpredictable water levels in the reservoir. The dewatering crew was tested on many occasions with late season snow and rain; facing snow events that required the use of additional pumps and thousands of feet of discharge hose. Work on the dam embankment and site reclamation culminated in April to allow the reservoir to fill for irrigation season.

The successful completion of this project was due in part to the very skilled crew and a great partnership with subcontractors and vendors. S&K Environmental would like to personally thank the crew and families of the crew that endured the long hours and separation from their loved ones to make this project possible. 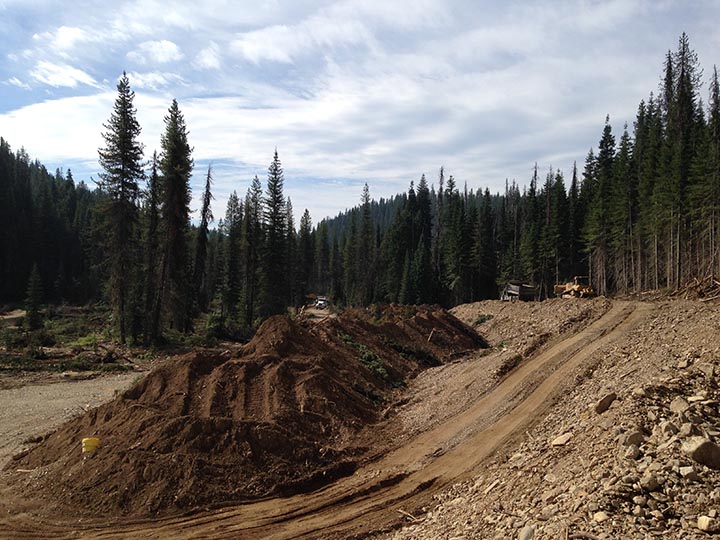 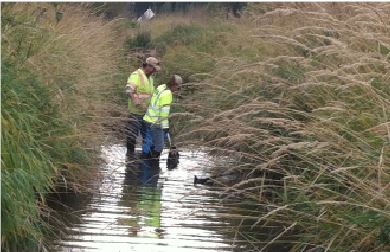 Native fish and streambed in Montana start a new chapter 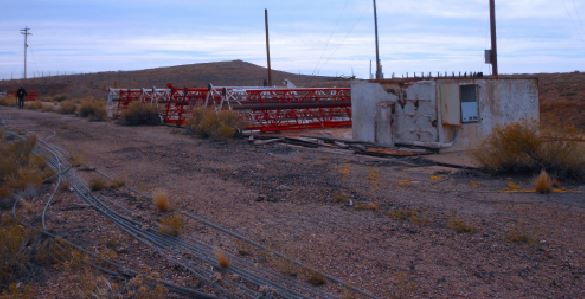 Assessing radiological contamination at the Green River Site in Utah