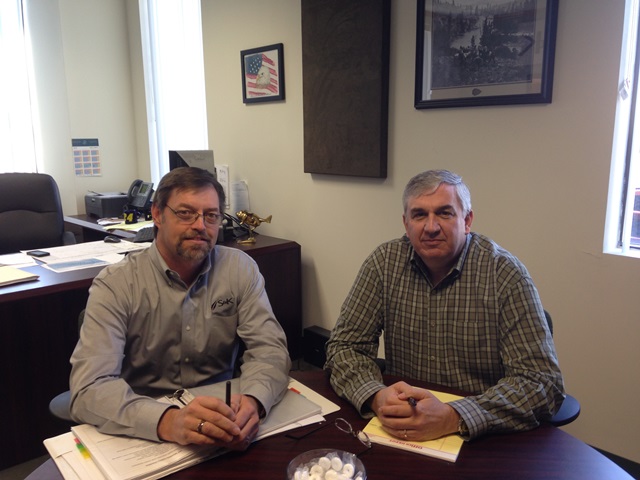 On December 13, 2013, S&K Logistics Services, LLC, was welcomed into the Small Business Administration’s (SBA) 8(a) Business Development Program. The 8(a) program is a business assistance program designated for small disadvantaged businesses owned and controlled at least 51% by socially and economically disadvantaged individuals and groups.

The nine year program consists of two stages: 1) the developmental stage from years one to four where the 8(a) entity can receive sole source contracts exclusively and 2) the transitional stage where from years five to nine an increased percentage of non-8(a) revenue must be realized per year through the end of the program nine years later. The intent of the program is for disadvantaged businesses to be given an initial leg up, and subsequently, go on to prosper once graduating from the program.

The Confederated Salish and Kootenai Tribes (CSKT) have a long history of participation in the 8(a) program beginning in 1986 with S&K Electronics, Inc., another for-profit enterprise owned by the CSKT but not part of the S&K Technologies Inc., family of companies. S&K Electronics is a perfect example of the programs intent as they are going strong close to twenty years after graduation from the program, and are considered a premiere provider of quality electro-mechanical devices for government and commercial industries. Presently, S&K Electronics employs close to 100 people in Pablo, MT.

In 1997, S&K Technologies, Inc. (SKT) began as a division of S&K Electronics and later spun off into its own legal entity. They sought SBA 8(a) certification and were subsequently awarded on February 1, 2000. SKT then experienced significant growth and opened up several satellite offices in the Pacific Northwest, Texas, Ohio and Georgia. SKT did so well in the 8(a) program that it graduated early in 2006, the earliest graduation in the history of the program. During that period, the original SKT grew from three people and $200K in sales to over 250 people and over $60M in sales by the time graduation occurred. Also during that time, SKT received numerous awards for exemplary performance from various Federal agencies and organizations.

Since the formulation of S&K’s Parent Company in December of 2006, S&K Technologies, Inc., has had four additional subsidiaries gain certification into the 8(a) program. These include S&K Aerospace, LLC in 2005, S&K Global Solutions, LLC in 2010, S&K Environmental, LLC in 2011, and as of earlier in December 2013, S&K Logistics Services, LLC.

The S&K companies that have graduated from the 8(a) program have experienced unprecedented success within their individual lines of business, but most importantly, have lived up to the intent of the program by prospering for many years after graduation. Those presently participating in the program are making plans for a successful transition into the competitive and commercial world post 8(a) status.

The Confederated Salish and Kootenai Tribes have benefited significantly from the success of S&K Technologies, Inc. Since the start of the original company in 1999, SKT has provided the Tribes with over $15M in dividends. These funds go directly into the Tribes’ general fund to help many social and governmental programs benefiting all inhabitants of the Flathead reservation. In addition, SKT sponsors educational scholarships for Tribal members as well as numerous tribal and non-tribal community undertakings throughout the reservation.

Steve Hartley, Sr. Program Manager, and Dave Rariden, S&K Logistics Services President take a moment out of their busy schedule to pose for this amazing newsletter photo. The pair head a growing company that has most of their operations in Byron, GA in support of the USAF and US Marines.