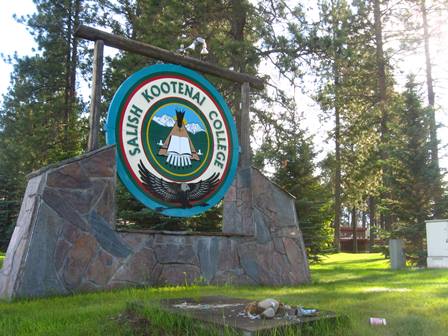 Salish Kootenai College has a beautiful campus in Pablo, Montana on the Flathead Reservation. All rights reserved.

Pre-European contact, many of the First Nations possessed a vast amount of knowledge in biology, zoology, astrology, mathematics, politics, and history. The Iroquois, for example, established a governing system of checks and balances where representatives for other Iroquois nations, chosen by the women, represented each nation based on population.

The delegation worked with the chief’s council which decided military and diplomatic activities. These groups worked together to make sure the nations looked out for the best interest of the people and also to make sure not one group became more powerful than the others. This model influenced the U.S. Constitution for America’s governing structure. Many tribes leveraged their knowledge to contribute to the history of America, including the Salish and Kootenai. Today, Salish and Kootenai College stands as an institution that takes their own traditional values and applies them to modern day education.

The Salish and Kootenai tribes worked with early settlers, priests, and scientists in identifying many of western Montana’s plants and wildlife. Lassaw Red Horn of the Pend d’Oreille Tribe, worked with the University of Montana Biology Department to share his knowledge around Flathead Lake. He showed them which plants were used for medicinal purposes and identified wildlife in the area. Lassaw’s contributions to the University of Montana were well documented and appreciated. While many of the tribes collaborated with scholars, the U.S. had a much different approach in educating Native children with western education.

After treaties were signed between the U.S. Government and the tribes, they were usually relocated to isolated areas of their aboriginal lands. The isolation made it hard to gather food and sustain the resources to survive. The U.S. Government sent agents to the Indian territories to remove Indian children and relocate them to boarding schools. Some of the families fought to keep their children with their people, while some thought it was a good opportunity to let their children leave knowing that they would be fed regularly. As many former boarding school children will recount, it was a traumatizing experience being forced from their family and brought to an institution where they were not allowed to speak their language. This trauma was endured for generations and influenced many people’s attitudes towards education. 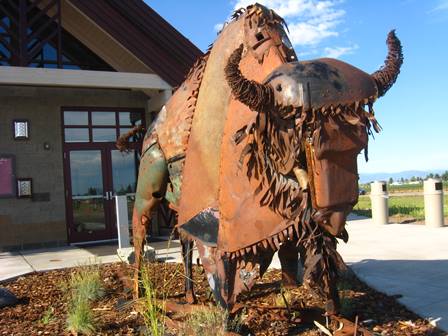 This statue of buffalo was created by Jay Laber in front of the Salish Kootenai College health and fitness center on campus.

While the Confederated Salish and Kootenai Tribes worked hard for self-determination, they were able to start their own learning institution known as Salish and Kootenai College (SKC). The college originated as a satellite of Flathead Valley Community College and was based in Polson, Montana. The satellite office grew quickly and the tribe decided to start their own college on the Flathead Reservation. In the early stages, the college was still a satellite office of the FVCC, until 1981 when it became the Salish and Kootenai College (SKC). SKC joined the newly formed American Indian Higher Education Consortium (AIHEC) which is an organization that works together to assist tribal colleges in the U.S. SKC became an accredited institution in 1984 and began offering three degrees and four certifications. During the 90s, SKC began purchasing land and expanding the college. The quickly began adding more educational programs to their catalogue. SKC is now located in Pablo, MT. 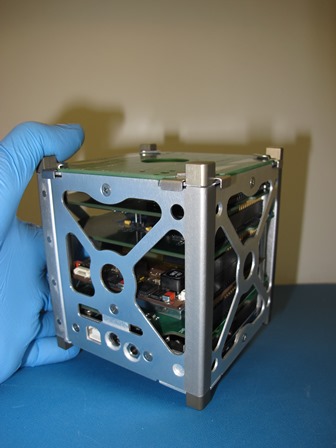 In 2010, SKC teamed with NASA to create CubeSats; tiny satellites that are brought into space by NASA for University research. SKC developed their own CubeSat called “BisonSat” or “nwist q̓ʷiq̓ʷáy,” which in Salish means “Buffalo up above.” The “BisonSat,” will be solar powered and contain a radio. SKC also designed a camera for it to transmit data back to SKC. The data will consist of atmospheric aerosols, cloud formation, and hydrologic processes. The BisonSat will be launched into space in 2014 and will transmit data back to SKC’s ground station.

Currently, the college has around 1200 students in a variety of 14 bachelor, 18 associate and five certification programs. SKC’s programs range from Dental, Nursing, Natural Resources, Art, Business, IT & Engineering, Psychology, and Native Studies. Students can enjoy many of SKC’s amenities such as the golf course, a newly built gym and athletic center, and the new performance art center. In recent years, the men’s and women’s basketball teams won the National AIHEC Championships. SKC offers a diverse course catalogue that ties tradition learning with modern day teachings. This allows the Indian students a tailored education which makes them feel like their history and culture can contribute to a higher education.