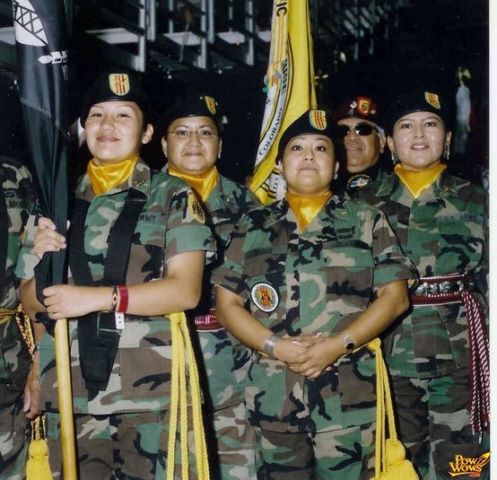 From the Revolutionary War to today, tribal men and women have a history of service in the United States Military.

Across generations of the past and today, many tribes believe native people have an inherent responsibility to protect and fight for this land we now call North America. To be a warrior or veteran holds a special social status in many tribes. Veterans are respected members of the tribe and are often called upon for certain ceremonies and gatherings. In what was once exclusively a man’s role, the U.S. armed forces are seeing more women fighting on the front lines, firing weapons, and maneuvering tanks. Native women contribute greatly to the U.S. armed forces today and their history of military contribution stretches back to the Revolutionary War and beyond.

During the fight for America’s independence, George Washington recommended using Native warriors for the Revolutionary War. One such warrior was an Oneida woman by the name of Tyonajanegen. It is documented that during the Revolutionary War she assisted her husband on the battlefield. During one of the battles Tyonajanegen’s husband was wounded and she picked up his rifle and began to fight. She continued fighting the British in subsequent battles, which ultimately led to America’s independence. 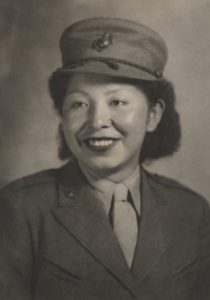 Minnie Spotted Wolf was a slender, but tough, ranch hand from Heart Butte, MT. She enlisted in the U.S. Marine Corps in 1943 and was the first Native woman to do so. Minnie grew up on a ranch outside Heart Butte on the Blackfeet Indian Reservation in Northern Montana. She was at home in the outdoors and would often help her father break horses on the ranch. Minnie rode horses well into her 50’s and better than any man. The U.S. entered World War II when Minnie was 18 years old. When she initially visited the Marines Corp recruiters, they discouraged her from joining, stating that the war wasn’t really for women. Minnie was determined to serve her country and she decided to enlist anyway. Unfortunately, her father suffered an accident, causing her to hold off on enlisting.

When her father passed away, her hopes diminished, but Minnie’s mother and sister were persistent and encouraged her to still follow her dream. Word of a tough ranch hand girl from Montana joining the U.S. Marine Corps spread. The Marine Corps used her story as a recruiting tool and published a comic spread in a popular girl’s magazine about her life in Montana. Cutting fence posts, driving two-ton trucks, and breaking horses; eventually her decision to join the military. Minnie went to boot camp at Camp Lejeune in North Carolina and she was quoted as saying, “it was hard, but not that hard.” Minnie served in the Marine Corps for four years as a heavy equipment operator. After being discharged, she went to college and received a degree in Education and taught for 29 years. 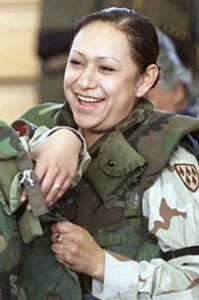 Lori Piestewa, a member of the Hopi Tribe in Arizona, died while serving in Iraq after her humvee was attacked.

After trailblazers like Minnie Spotted Wolf opened doors for Native women in the military, a story that gripped the nation is that of Lori Piestewa, a Hopi Indian from Arizona. Lori joined the U.S. Army and served in the 507th Maintenance Company at Fort Bliss, Texas. On February 19, 2003, Lori shipped out to Iraq before the U.S. Invasion. On March 23 that same year, the 507th Maintenance Company, including Lori and her friends Pfc. Jessica Lynch and Spc. Shoshana Johnson, were ambushed in Nasiriyah, Iraq. Lori was driving the Humvee which initially evaded enemy fire. The Humvee was later struck in the front causing it to flip. Piestewa, Lynch, Johnson, and others were taken prisoner by enemy forces. Al Jazeera News would later show the world footage of a wounded Piestewa and others in her company in an Iraqi civilian hospital. Shortly after, Lori Piestewa died of head injuries sustained in the ambush. She was 23 years old. She leaves behind her parents and her two children. Pfc. Jessica Lynch was rescued by U.S. forces and lived to tell the heroic story of Lori’s final days in Iraq. Eleven soldiers from the 507th Maintenance Company were killed in the ambush in Nasiriyah, Iraq. 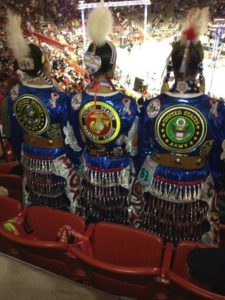 Lori Piestewa was the first Native American woman killed in war for the U.S. Armed Forces, and the first woman killed in the U.S. Invasion of Iraq.  The U.S. Army posthumously promoted Pfc. Lori Piestewa to Specialist. She was also awarded the Purple Heart and the Prisoner of War Medal. Arizona lawmakers changed the name of Phoenix’s Squaw Peak–”squaw “ is thought to be a derogatory term for Native American women–to Piestewa Peak in her honor.

Born and raised in Ronan, Montana, Shawnee Spotted Eagle (pictured below) served in the U.S. Air Force, stationed at Beale Air Force Base in California. Shawnee comes from a long line of strong women which influenced her decision to join the Air Force. Shawnee is the first woman in her family to serve in the military and second in her family to join the Air Force, after her grandfather Basil Tanner Sr., who was a Korean War veteran.

Shawnee has served two tours of Afghanistan, one in Bagram and the other in Kandahar. She also served a tour in the United Arab Emirates. Shawnee is currently living in Germany with her husband who is still serving in the Air Force, while she is going to school. Shawnee has faced many challenges being a woman and a Native American in the military, but she says that her family and community help motivate her to better herself while serving her country.

Native women join the U.S. Armed Services for many reasons. Some join to better themselves and family, some for education and experience, and some to see the world. Others join to escape tough times in reservation and off-reservation communities. Whatever their reasons, Native women are carrying a long tradition of service to their families, their communities, and their country. 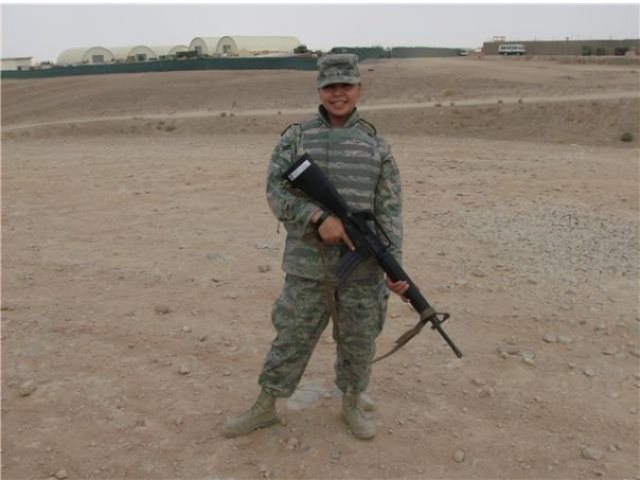