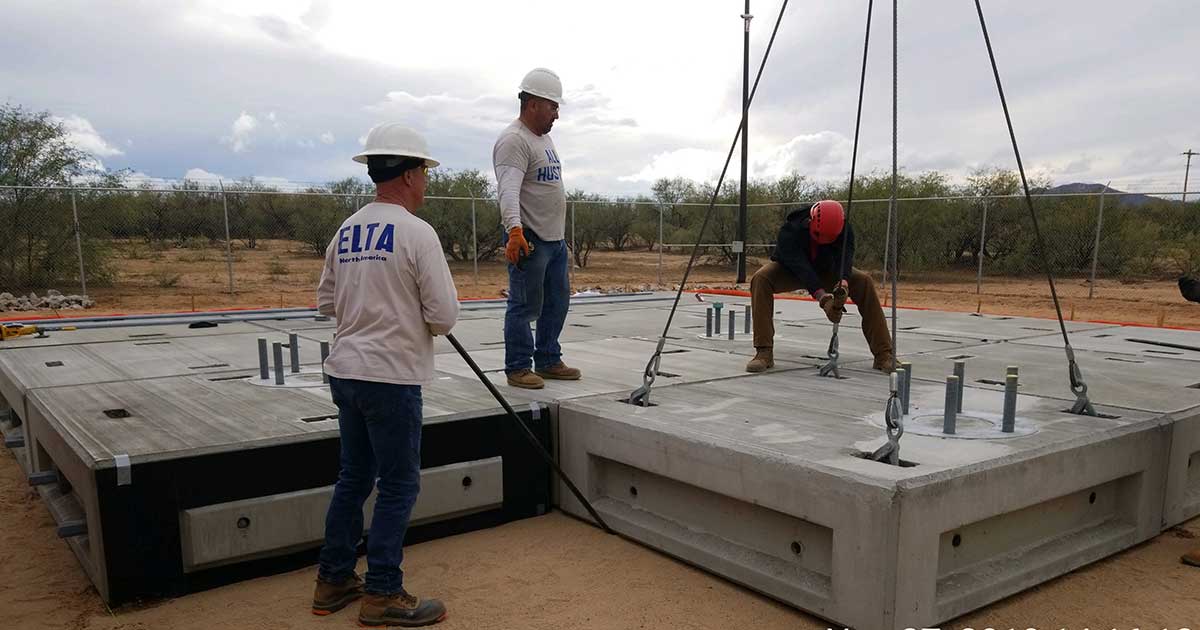 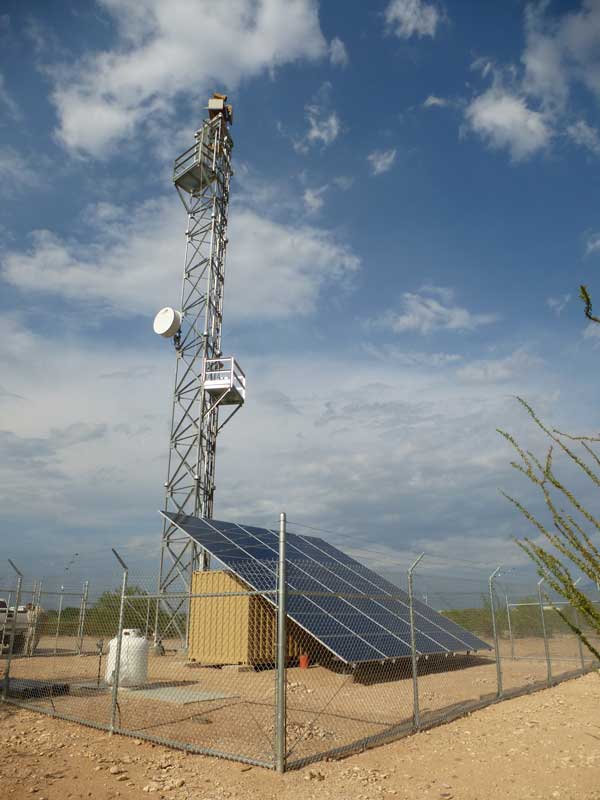 The IFT systems consists of a combination of some of the most advanced technology available today. The IFT sensor towers are comprised of a long-range, 360-degree radar that is paired with a long-range Electro-Optical (day) and Infrared (night) camera payload, laser range finder, and Infrared (IR) illuminator. This technology suite is installed atop a lattice tower. The system runs on a renewable solar battery powered system that has a propane generator back-up. Each IFT sensor tower unit resides within a secured, fenced-in compound. The system detects an average-sized single walking person who is obscured up to 90% for periods of up to 3 seconds at a range of 7.5 miles. The sensor feeds from each IFT tower is back-hauled to a centralized Command and Control Center where U.S. Border Patrol Agents utilize this system to detect, identify, and classify Items of Interest like drug smugglers and illegal border crossers along the U.S. – Mexico border in Southern Arizona.

Under the initial contract award in 2014, ITL was tasked with the design, fabrication, and installation of the eight sensor and communication towers located in the Nogales Area of Responsibility (AoR). ITL has total site Architectural and Engineering responsibility for the foundations, tower structure, power system, Federal Aviation Administration (FAA) 019e compliant grounding system, security system installation, and sensor installations. ITL formulated and executed all logistical solutions, which contributed to the completion of the project ahead of schedule. ITL completed the tower construction, sensor assembly, test and integration, and installation of the power systems and subsystems under budget, ahead of schedule, and with no change orders issued. The total time to complete the Nogales AoR was less than 4.5 months from start to finish, a truly astonishing feat.

Since the initial deployment, in similar fashion and performing the same scope mentioned above, ITL has completed the deployment of IFT sensor and communications towers in the Douglas, Sonoita, Block-1 (formerly SBInet) AoRs with great success. ITL is in the final stage of the original contract and is currently deploying IFT sensor and communications towers in the last IFT AoR which is Casa Grande. This is a unique and fitting location to complete the initial contract, because the Casa Grande AoR resides within the Tohono O’odham Nation, a federally recognized tribe occupying tribal lands in Southwestern Arizona. ITL is also a tribally owned entity, giving the company a unique appreciation for Tohono O’odham Nation Tribal leadership concerns about the number of permanent IFT towers planned for installation and the environmental impact of these installations on tribal lands.

To address these concerns, ITL designed a special cell-block foundation solution. The cell-block technology combines the benefits of nonpermanent relocatable equipment with the rigidity and support provided from a conventional fixed 3-legged lattice tower. This unique design allows CBP to comply with land-rights and environmental restrictions associated with these tower sites while still providing the tower rigidity specifications that the IFT Program relies on for optimal system performance without the need to perform tower tensioning, system, sensor and antenna realignment, or other costly recurring relocatable tower maintenance activities.

The total value of the IFT Program to ITL is over $40M. When the Casa Grande AoR is complete later this calendar year, ITL will have successfully completed the deployment of 66 sensor and communications towers spread across six U.S. Border Patrol AoRs. ITL is poised for success on future iterations of the program that may entail a combination of CBP’s IFT and Remote Video Surveillance System (RVSS) which when re-competed in March of 2021 will deploy IFT and RVSS towers in California and Texas. 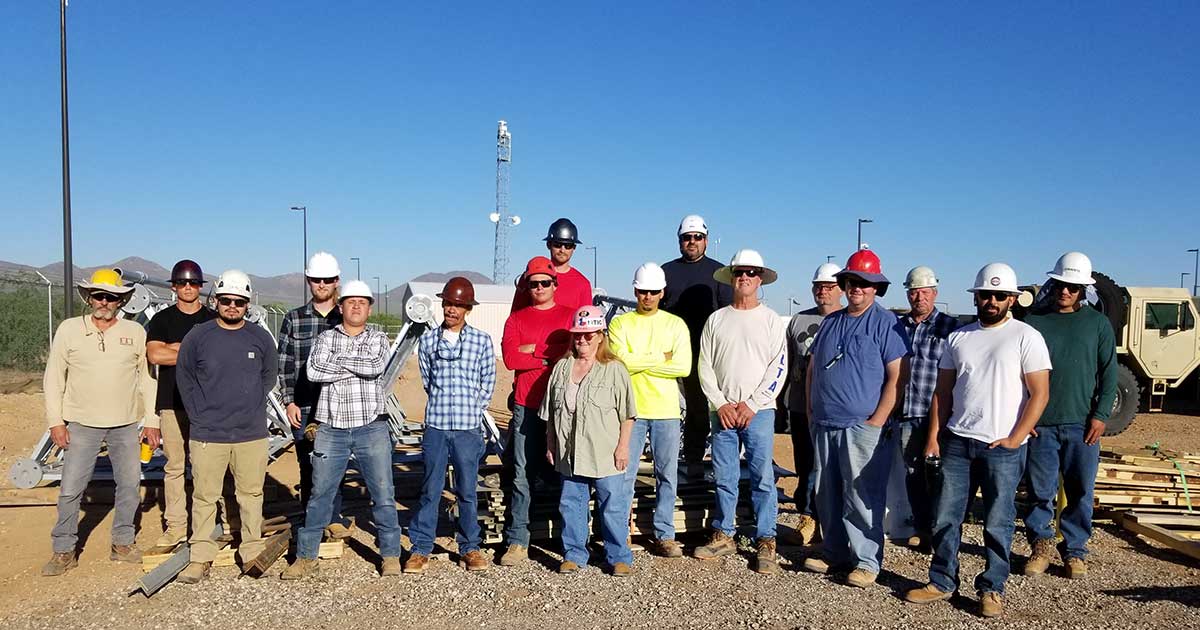 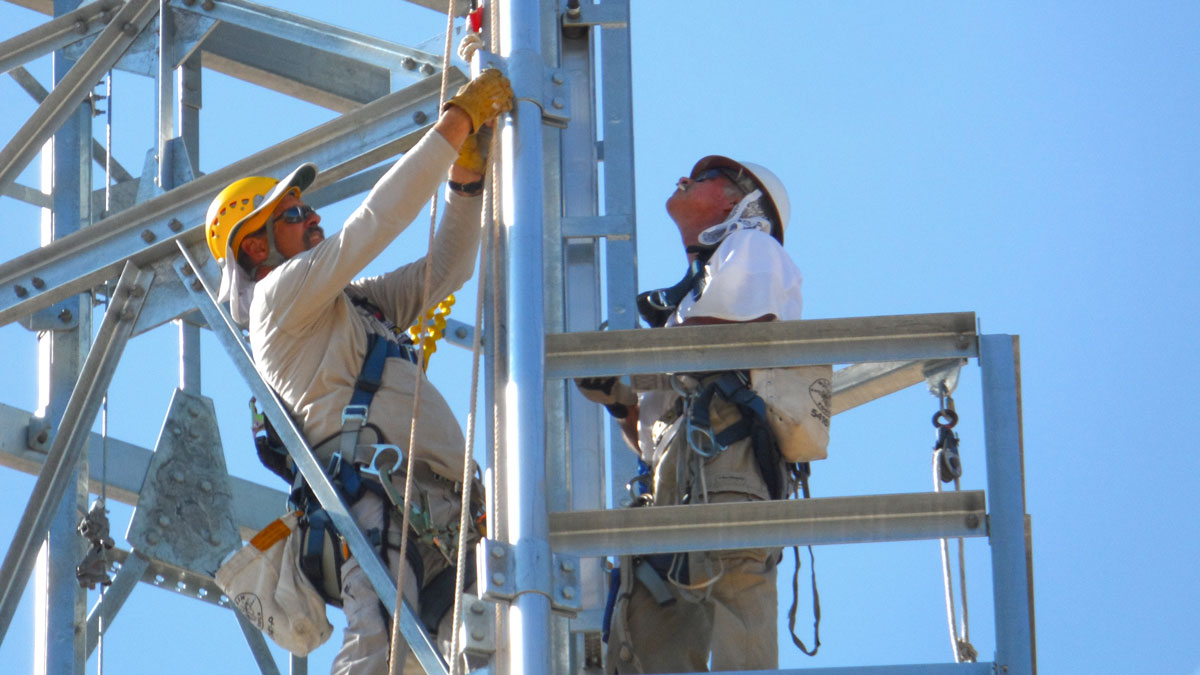 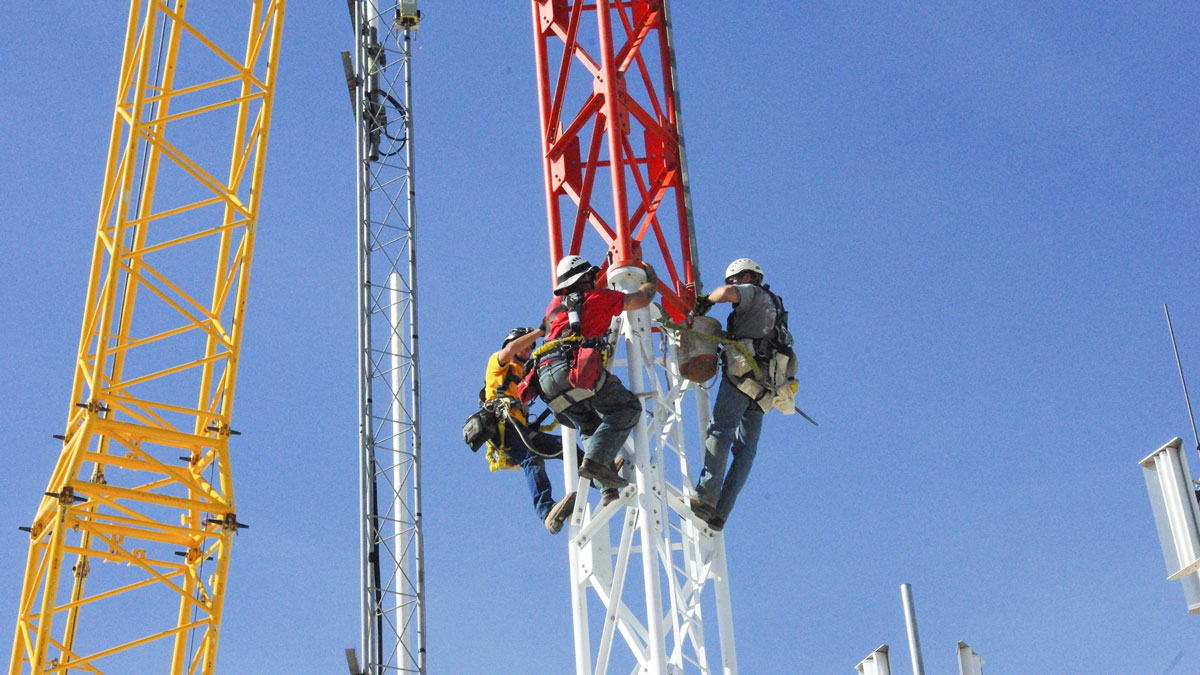