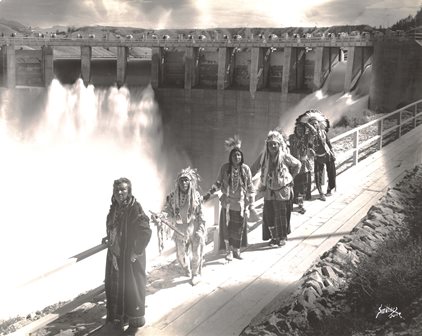 I would be remiss if I didn’t say something about the Confederated Salish and Kootenai Tribes’ latest significant news. The Tribes recently announced that the American Arbitration Association issued its findings with respect to the Tribes acquisition of the Kerr Dam hydroelectric facility. The current holder of title to the facility is PPL Montana, an energy company. 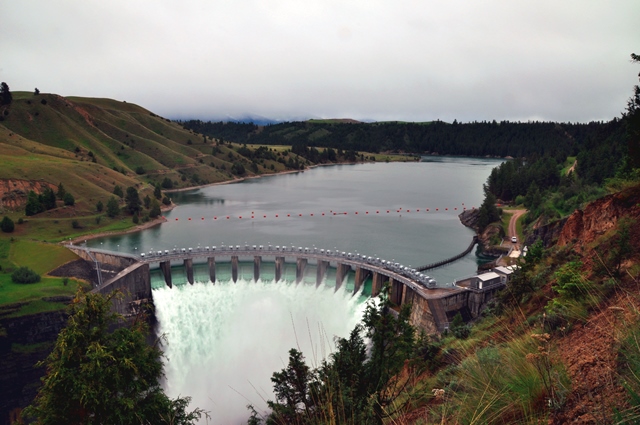 A short but steep hike takes you to an overlook of Kerr Dam, just west of Polson, Montana. The Tribes are planning to rename the facility once ownership is transferred. Photo by Amy Schlatter (all rights reserved).

The agreed upon price was set at the book value with some other miscellaneous values. The crux of the Arbitration case was to put to rest the actual purchase price of Kerr. PPL Montana argued that the purchase price should be approximately $50 million dollars while the Tribes argued that the price should be around $15 million dollars. Over several months each side presented their respective justifications in support of each ones position on price to the Arbitration panel.

The significant difference in the price was that PPL Montana wanted to include funds spent since 1985 on certain mitigation expenditures that offset damages to flora, fauna and riparian lands caused by Kerr’s operation. The Arbitration Association judges disallowed the mitigation funds argument and set the purchase price at approximately $18 million dollars. This is much, much closer to the purchase price sought by the Tribes. Needless to say, the Tribes are extremely pleased with this ruling.

There is still, however, one more shoe to drop before the Tribes can truly celebrate and that is whether PPL Montana will seek a FERC review of the ruling. Even if PPL Montana seeks further review, given the initial ruling, the situation looks favorable for the Tribes. Ownership by the Tribes of the Kerr hydroelectric facility will be a major milestone for the future of the Tribes.

When the dam was originally proposed in the early 1930’s, the Tribes were opposed to its construction for cultural and environmental reasons. The dam artificially raised the level of Flathead Lake 10 feet throughout the summer and early fall months. Also, the dam flooded large rapids in the river above the dam that were culturally valuable to the Tribes. It is certainly ironic that after so many years the Tribes are about to become the owners and operators of the dam. They will be the only Tribe in the nation to own a hydroelectric facility. 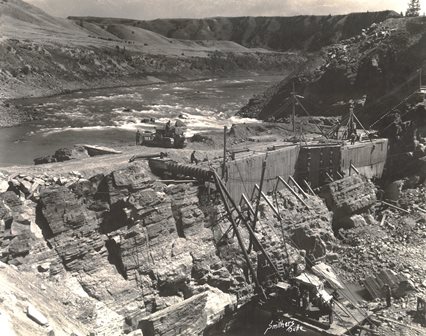 Per Wikipedia: In 1930, construction began on the dam by Rocky Mountain Power. A year later in 1931, a lack of funding from the Great Depression caused construction to halt for five years. In 1936, the Montana Power Company restarted the project and completed it in 1938. The dam only raised Flathead Lake by 10 feet so it is not completely responsible for the reservoir. The dam’s hydro power plant consists of three units that receive water from three different penstocks 1,700 feet upstream 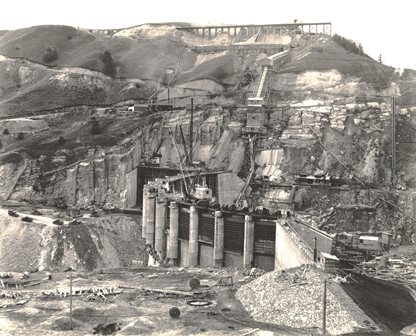 Kerr Dam is a concrete gravity-arch style dam located on the Flathead River near Polson, Montana.  Flow is controlled by opening the spillway doors. 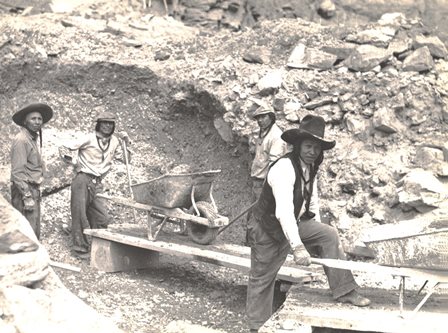 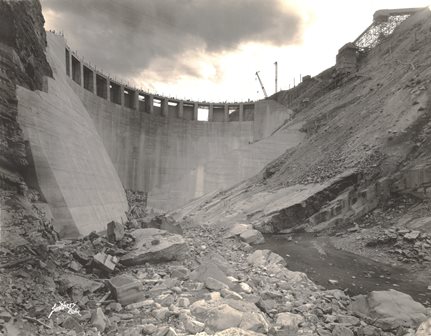 Kerr Dam is 204 feet high and contains 85,000 cubic feet of concrete. It’s said the dam only raised the level of the existing Flathead Lake 10 feet. 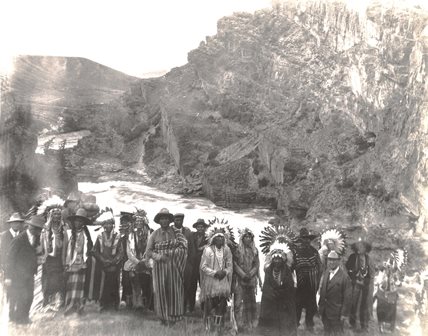 Learn more about the history of the Kerr Dam at:  http://www.lakecodirect.com/archives/KERR_dam.html